The Budget was announced on Tuesday 13th November and the headline news was it was a budget with ‘something for everyone’. Michael Noonan proudly announced the only tax going up was the 50 cent increase in a pack of cigarettes. 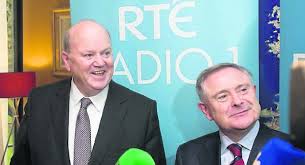 Income will be increasing in 2016 as promised and the main tax reasons for that are as follows :

Inheritance tax from Oct 2015 will have the son/daughter tax free exemption increased from €225,000 to €280,000 which is in response to the increase in capital values in the last few years of assets.

From 1 January, a reduced capital gains tax rate of 20pc will apply to the sale of all or part of a business with an overall limit of €1m in chargeable gains.

Here is a summary of the tax measures introduced.