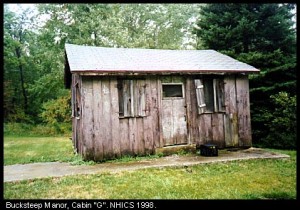 Those who are affected by the non-principal private residence tax should not rely on an extension for payment this year.

The liability deadline for the recently introduced non-principal private residence (NPPR) tax falls in ten days’ time – much earlier than it did last year.

The NPPR, or second homes tax, was introduced in late 2008 as part of the 2009 budget. The deadline for the first year’s tax was September 30,which was later extended to October 31 as it was the first year for payment. But despite the late deadline and extension, many people failed to pay on time. According to the most recent figures from the Department of the Environment, which oversees collection of the tax through local authorities, the total raised for 2009 was €62.3 million.

The department said money was still accruing on a daily basis, with late payers now racking up substantial penalties. There is no register of second homes, and a spokesman for the department said that it was ‘‘difficult to quantify’’ just how much was now outstanding. But he said that local authorities had been charged with rigorously pursuing those who hadn’t paid, and had been granted powers under the Local Government (Charges) Act 2009 to obtain information to enable them to pursue defaulters.

The liability date this year – and in all future years – is March 31. This means that, if you own a qualifying property on this date, you are liable to pay the €200 tax for 2010. Payment falls due two months after this date, so the official deadline is May 31. However, the department has advised that a further one month’s grace period will apply again this year, which means that penalties will be levied only on those who fail to pay by June 30.

Anyone uncertain of their liability for this year’s tax has more than three months to clarify the position.The tax is meant to be paid annually by anyone who owns a property that is not their principal private residence. It is payable to the local authority of the area in which the property is situated. The tax applies in principle to all residential properties, though there are a number of exemptions, including residential property that forms part of the trading stock of a business and which has never been either sold or used as a residence.

Certain categories of social housing and properties covered by the Rental Accommodation Scheme are also exempted. A limited exemption applies to people who are moving house and temporarily own two houses simultaneously. Mobile homes and caravans are also exempt.

The other main exemptions are for local authority housing, housing where ownership is shared with a housing authority, some heritage buildings and residential properties which are liable for commercial rates. In certain circumstances, there may be exemptions for property that is jointly owned after a divorce or separation agreement.

If your property falls into any of these categories, or if you are otherwise unsure whether you are liable for the tax, you should contact the local authority where the house is situated before the due date to clarify the matter. The annual charge of €200 is payable on every additional qualifying property a person owns besides their principal residence.

The most straightforward way of paying the tax is online through the NPPR website (www.nppr.ie), which collects the tax on behalf of all local authorities. You can also pay the tax directly to the local authority by downloading a registration form from the NPPR website and submitting it with payment by credit or debit card, bank draft, cheque or postal order.

Payment should be made out to LGCSB NPPR, not to the local authority. To pay the charge, you will have to provide the address of the property concerned and declare that you are the owner. You must also provide your PPS number if you are paying as a private individual, or tax reference number if you are paying on behalf of a company. If you don’t pay the tax before June 30, you will be liable for penalties of €20 a month or part of a month for every property on which the tax is outstanding. If you are paying online, late payment fees are automatically added if you pay after the deadline, so you will not have the option of paying just the original €200.

Local authorities may also prosecute non-payers, and a person who has not paid the tax may face difficulty selling their property, since the new owner would become liable for any outstanding tax and penalties. One issue that has arisen is the concept of ownership.The Taxation Institute pointed out that many holiday homes could have multiple owners. These properties are often sold on a long lease with a nominal peppercorn rent to the owner, who retains an interest in the property.

The buyer may then grant a further lease to an operating company for anything up to 20 years, so it also has an interest. The operating company in turn could let the property for short periods, so leaseholders could also have an interest. According to the Taxation Institute, the law which introduced the tax defines an owner as anyone receiving or liable to receive rent on the property.

However, a freehold owner who is entitled to ground rent may not be liable. It is believed that a purchaser of a long-term lease and an operating company would both be liable for the tax in these circumstances. A spokesman for the Department of the Environment said that, where a property had more than one owner (ie, more than one person was entitled to receive rent – or would be entitled, if the property were let), the co-owners are jointly and severally liable.

However, he said payment of the tax by one or more co-owner discharged the liability for all co-owners, so it would seem that all parties with an interest in the property should agree among themselves who should pay the charge.